With its magnificent panoramic views over the Firth of Forth, The Charleton Estate has been in the St.Clair family for over 300 years. It comprises of farming, woodland, an equestrian center, cottage lets and an 18-hole golf course. The current owner is Baron St.Clair Bonde.

Charleton House, surrounded to the north, west and east by mature woodland and overlooking the golf course to the south, was built by William Adam in the 1740s. Further extensions were made by William Burn in 1833 and Sir Robert Lorimer in 1905.

The house is protected as a category A listed building, and the grounds, including a Japanese garden, are included on the Inventory of Gardens and Designed Landscapes in Scotland, the national listing of significant gardens.

To the south, over the Firth of Forth, the focal points are North Berwick Law and the Bass Rock.

The farming, a mixture of organic and conventional farming, is predominantly arable, mainly wheat, barley, grazing and vegetables. It is run on a contract basis with neighbouring farmers involved.

The 18-hole golf course was built 26 years ago and opened by the former President of the United States, George Bush senior in 1994. Over recent years the improvements in the course have put it back on the map and has a reputation for being one of the most attractive golf courses in Fife. For more, visit the Charleton Golf website via this link, email the Club here or call 01333 340505. 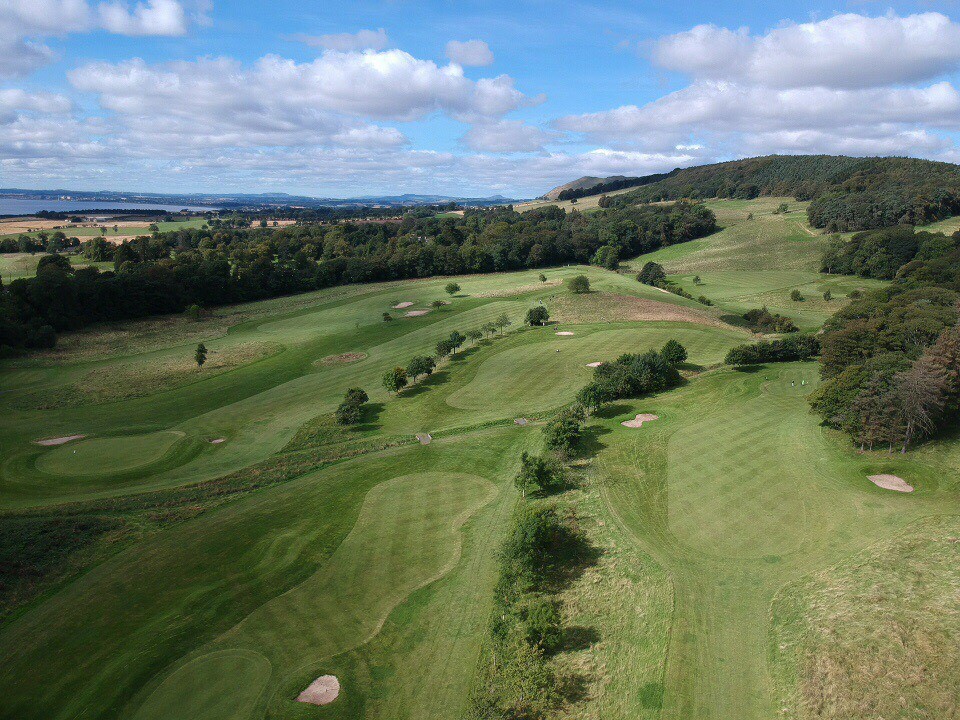 The livery stables, with a 20×40 floodlit arena, have 26 horse boxes with ample grazing in the policy park and elsewhere on the estate. Offering D.I.Y., part time and full livery as well as lessons. There are spectacular areas to ride north of the mansion house and also easy access to the beach, south of the house.

An Eco-lodge development is in the process of being built with the golf course as a backdrop overlooking the Firth of Forth.

These, together with the new clubhouse being built and the other amenities on the estate, contribute to creating an even more popular destination moving forward as the estate diversifies into the future.

This website uses cookies to improve your experience while you navigate through the website. Out of these, the cookies that are categorized as necessary are stored on your browser as they are essential for the working of basic functionalities of the website. We also use third-party cookies that help us analyze and understand how you use this website. These cookies will be stored in your browser only with your consent. You also have the option to opt-out of these cookies. But opting out of some of these cookies may affect your browsing experience.
Necessary Always Enabled
Necessary cookies are absolutely essential for the website to function properly. This category only includes cookies that ensures basic functionalities and security features of the website. These cookies do not store any personal information.
Non-necessary
Any cookies that may not be particularly necessary for the website to function and is used specifically to collect user personal data via analytics, ads, other embedded contents are termed as non-necessary cookies. It is mandatory to procure user consent prior to running these cookies on your website.
SAVE & ACCEPT